The Experienced Leader Fighting For Our Community

Peggy Gossett-Seidman was born on a U.S. Air Force Base and raised in Michigan. She attended Michigan State University where she earned a Bachelor of Arts with Honors, studying Writing, Journalism and History while working as a State News reporter. After graduation, she became the first woman sportswriter for The Palm Beach Post, covering tennis, auto racing, baseball, and football.

She then worked as a Professional Journalist, Writer and Media Director for many companies including the Women’s Tennis Pro Tour in 18 countries, Burt Reynolds Jupiter Theater and TV series, Chris Evert Pro-Celebrity, local school, businesses, and charitable events. At the National and State levels, Peggy worked with Points of Light, Florida’s Ounce of Prevention Fund, Special Olympics, Best Buddies and March of Dimes, among others. 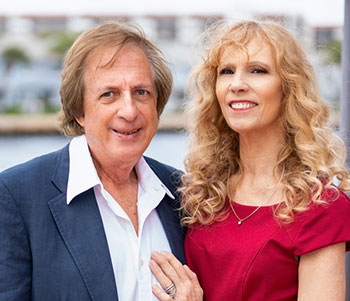 In addition to being a Highland Beach Commissioner, Peggy serves on the state and county League of City boards as well as various other local and state boards. She’s certified as a Red Cross lifeguard. She is a civic leader who has advocated for community improvement for many years, as a member of St. Lucy Council of Catholic Women, Daughters of the American Revolution, Palm Beach Institute of the Arts and Secretary of Bel Lido Property Owners’ Board. She and her husband, Dr. Barry Seidman, have three grown children, a dachshund, and a cat.